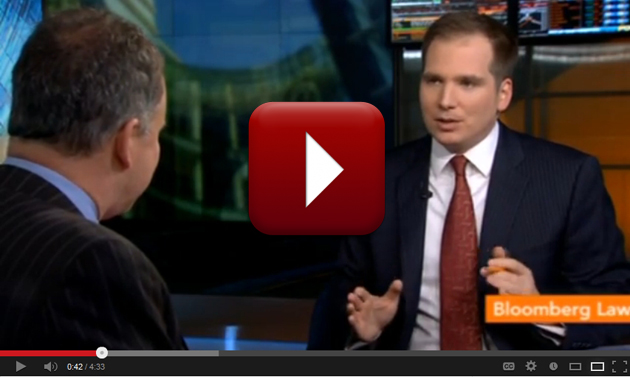 How do you convince busy lawyers to take the time to watch web videos? That was the challenge when I joined Bloomberg Law as multimedia editor in January 2012.

The legal research service had been experimenting with web video. It felt the medium could differentiate Bloomberg Law from its competitors – which weren’t producing video content – and build brand awareness for the relatively new Bloomberg Law product. I was asked to create a strategy to accomplish that.

What had been conceived of as a marketing effort produced by a team of lawyers needed a strong dose of journalism if it were to succeed. Timeliness was the first journalistic attribute we needed.

To become an information source our audience would turn to routinely, I decided we needed to publish every day, rather than on the ad hoc schedule that had existed. We also needed to tie our videos much more closely to breaking news, which has led us to work with some of the legal profession’s leading news sources. When legal magazines and organizations are about to issue a survey or report, we interview them in advance about the results, so our video can be published contemporaneously with the release of their reporting. By leveraging their work, our own videos have become timelier.

We also needed to be more relevant to the daily lives of lawyers. Therefore, we identified broad areas of interest to lawyers around which we could build a slate of six weekly programs. For instance, lawyers want to improve their skills, so we interview partners who have recently handled major deals or cases. Attorneys want to earn more money, so we dive deep into the business of law, interviewing law firm partners, consultants and law school deans. And because almost every lawyer at some point daydreams about what it would be like to do something different, we profile ex-lawyers who have found success as authors, entrepreneurs and a host of other jobs. (Sample episodes of some of our shows appear below.)

Our next challenge was improve the quality of our guests. We needed legal celebrities, but the profession is extremely siloed. Even the best banking lawyer, for instance, may be largely unknown to lawyers who handle litigation or mergers. So we focus instead on the name-brand clients those lawyers represent.

With more timely and relevant programming featuring better guests, we could now expand our distribution. I added our videos to Bloomberg’s own distribution channels, including Bloomberg.com and the company’s mobile apps. Our shows appear on the Bloomberg terminal, used by more than 300,000 finance professionals worldwide, as well as within the Bloomberg Law product.

I also looked beyond Bloomberg for distribution channels. Our programming is now a part of JD Supra, a marketing service used by major law firms and other legal information providers. And I’ve negotiated partnerships with leading legal information providers like ABA Journal, Above the Law and the American Bankruptcy Institute to embed shows of interest to their audiences on their websites on a weekly basis.

With better content and wider distribution, we’ve built the first web video news service for the legal profession. As of August 2013, our videos have been viewed 1.2 million times in the past 12 months – a 12-fold increase over our viewership in 2011.

We’re reaching not just a broad audience, but the right audience for Bloomberg Law. Our videos have been played at executive committee meetings of major law firms, and managing partners have sent them to their colleagues. Our sales staff has used them to start conversations with prospective customers and they have led directly to sales of Bloomberg Law.

Law librarians have perhaps the best vantage point for assessing developments in the legal publishing industry. And as the Law Librarian Blog said in May 2013: “BLAW’s video productions . . . have resulted in other vendors scrambling to catch up. Any vendor who might be resistant to the idea that multimedia is not going to be an essential add-on component in all their law-related inventory of e-content is in denial.”

In this episode of our Behind the Headlines show, a law firm consultant explains to my colleague Lee Pacchia how legal process outsourcers are stealing work from traditional law firms. Coverage of the legal profession’s finances has proved so popular we have since spun it off into its own weekly show, the Business of Law. (Click to watch) 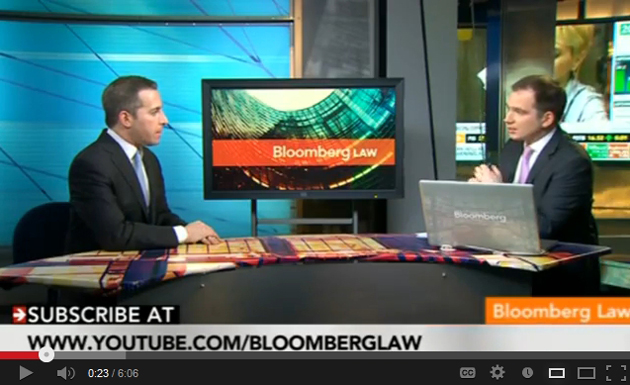 In this episode of Rainmakers, the lawyer who represented Instagram in its acquisition by Facebook tells my colleague Spencer Mazyck how the deal got done in just three days. 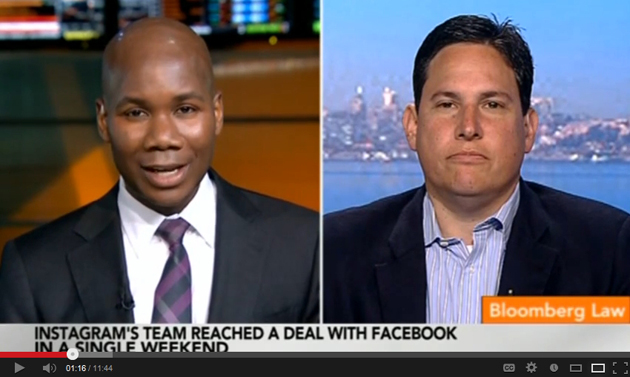 In this episode of Stealth Lawyers, a former associate at a major New York law firm describes how she’s become a successful food and travel blogger. 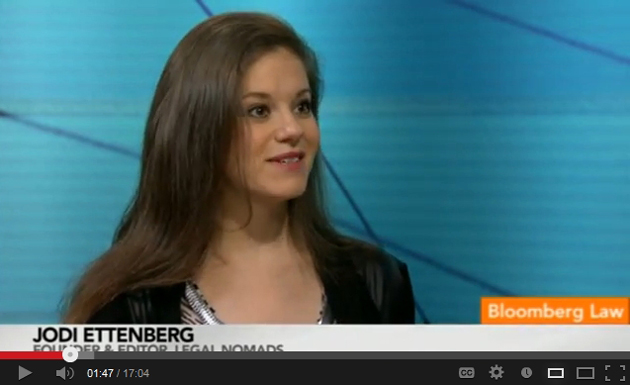 Our Trending in Law series, produced by my colleague Josh Block, is our sandbox to experiment with shorter videos that have a faster pace. In this episode, we dug into an annual data report from the Law School Admissions Council to find seven things viewers don’t know about law school admissions. 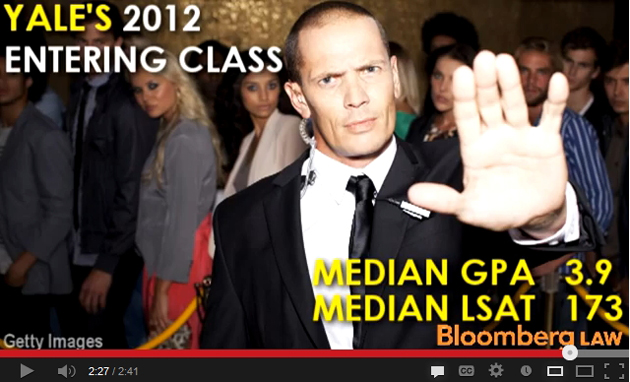