In more than 100 presentations and interviews, I’ve served as the public face of the organizations that I’ve worked for. Each presentation or interview requires a clear strategy about what needs to be communicated, and an understanding of the constraints of the format.

Here are examples of the different kinds of presentations and interviews that I’ve given:

I served as the Public Information Officer for the Alexandria, VA federal court hearing the case of Zacarias Moussaoui, the so-called 20th hijacker on 9/11.

By the time of his 2006 trial, Moussaoui had already pleaded guilty. The jury’s role was to determine two things. First, they had to decide whether the crime he committed was eligible for the death penalty; they found it was. Second, after hearing additional evidence, they had to decide whether he would be put to death or sentenced to life in prison; they chose life in prison.

Federal courts do not allow cameras in the courtroom during criminal trials. We had seen how the verdict announcement in the Martha Stewart insider trading case was botched by the media. Reporters ran so quickly from the New York courtroom to television broadcast positions in front of the courthouse that several news organizations wrongly reported that Stewart had been acquitted. The Moussaoui court wanted to ensure that reporting on our complicated verdict would be correct and that the dignity of the proceedings would be maintained.

The court took my advice that we should be the first federal court to simultaneously announce the verdict in the courtroom and at the TV pool microphone stand in front of the building. That avoided the need for reporters to rush outside and allowed us to accurately describe the verdict. We needed to walk viewers through the legalese of the jury verdict form, and also clearly and concisely describe the effect of that verdict.

The announcements were carried live by all U.S. broadcast and cable news networks, the BBC, Al Jazeera and the broadcast networks of France, where Moussaoui was raised. Click to see how MSNBC covered my April 2006 verdict announcement, which found Moussaoui’s crime was eligible for the death penalty: 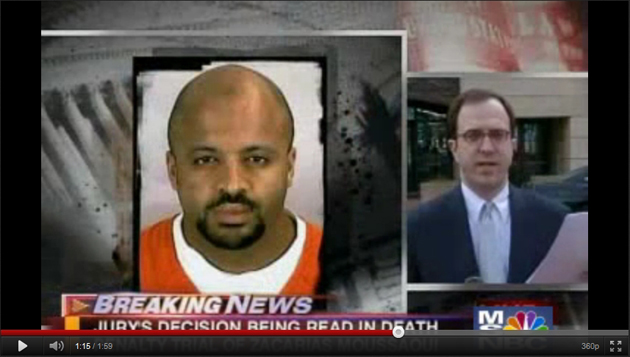 A world away from the solemnity of the Moussaoui verdict was my presentation at the 2010 Ignite Law conference in Chicago about innovation in the practice of law. The 16 presentations were each limited to six minutes, with 20 slides set to auto-advance every 18 seconds. Because of those constraints, it was one of the most technically difficult presentations I’ve ever had to deliver.

I chose to speak about the ABA Journal’s Legal Rebels project, which covered innovation in the legal profession in an innovative way. The Rolling Stones were my opening act. Click to view: 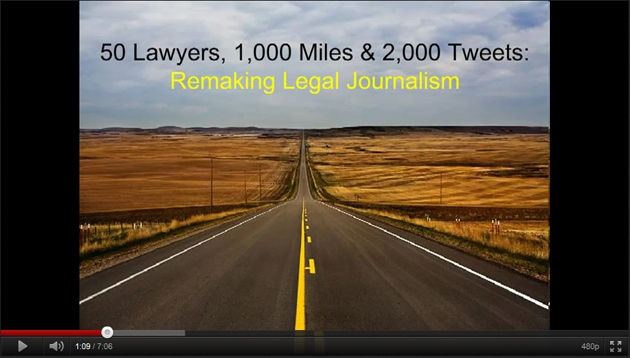 As a moderator of panel discussions, the challenge is to ask questions that will elicit the most interesting possible answers.

In 2011, I moderated a panel at the ABA’s Midyear Meeting in connection with the independent film The Conspirator. Directed by Robert Redford, the movie recounts the trial of Mary Surratt, who ran the boardinghouse where the assassins of Abraham Lincoln plotted his murder. The panel was part of the ABA’s marketing partnership with the film’s producers.

The panel featured the film’s screenwriter, military lawyers and defense counsel from post-9/11 terrorism cases. Our goal was to tie together scenes from the film with the experiences the lawyers had in recent cases.

The following video shows a scene that portrays the first meeting between Surratt and her attorney. I then asked one of Zacarias Moussaoui’s attorneys about how he built a relationship with his equally difficult client. Click to view: 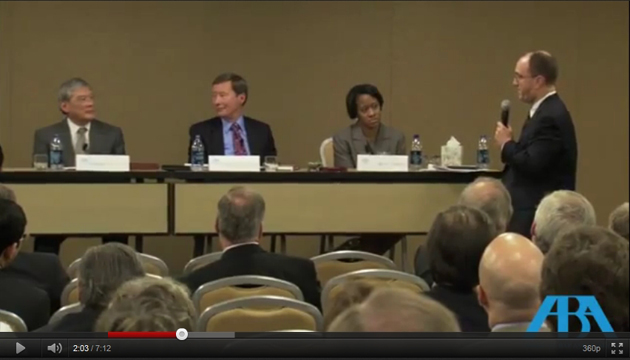 Interviews demand an ability to roll with the punches, including sometimes disagreeing with the interviewer. That can be true even on the most innocuous of stories.

In 2009, NPR’s All Things Considered interviewed me for a segment about the ABA Journal’s list of the 25 greatest legal TV shows. The reporter apparently thought our list was lame and wanted to corner me into saying all lawyers are vultures. Click to hear how I politely slipped that noose:

Being interviewed by print reporters can be fraught with even more danger, since your interview is only a small part of the final article. The reporter is ultimately in control of how you will be portrayed. Having been a reporter helps me anticipate the reporter’s needs and avoid potential landmines for my organization.

In late 2009, I was contacted by a reporter from Associations Now magazine, the flagship publication of the American Society of Association Executives. They wanted to write a short story about the ABA Journal’s Legal Rebels project as an example of how associations could communicate with their members in new ways.

After a series of interviews with me and other members of the Journal staff, the article turned into a five-page cover story which, from my perspective, hit all the right notes. Click on the image below to read the full story: 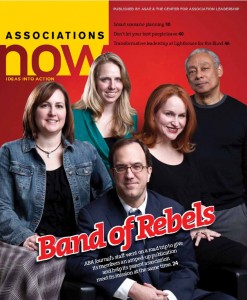